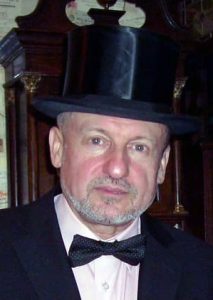 Since 1987 I have published more than 150 scientific, scientific-methodological and scientific bibliographical works including the monographs “In F.I. Tiutchev’s world of poetry” (1997), “Theoretical study of philosophic lyrics and vital problems of literary criticism” (2007), the book “Profession from the perspective of humaneness” (2016), textbooks including “Medieval and Renaissance world literature: manual [for students of higher schools]” (2011, approved by the Ministry of Education of Ukraine), articles and methodological recommendations. The scientific works are published in Ukraine, the Russian Federation and the Republic of Poland.

In 1990 completed the postgraduate course at T.G. Shevchenko Institute of Literature of Academy of Sciences of Ukrainian RSR (now NAS of Ukraine) ahead of time. In April 1990 defended the thesis “F.I. Tiutchev’s lyrics in the context of 19th century Russian poetry” and obtained the degree of Candidate of Philology, speciality 10.01.01 – Russian Literature.

In November 1993 was assigned the title of the Associate Professor of the Chair of World Literature. In April 2008 defended the thesis “Philosophic lyrics: differentiation of types and genre integration” at T.G. Shevchenko Institute of Literature of Academy of Sciences of Ukraine and obtained the degree of Doctor of Philology, speciality 10.01.06 – Theory of Literature.

In November 2010 was assigned the title of Professor of the Chair of World Literature.

Repeatedly attended scientific training at T.H. Shevchenko Institute of Literature of Academy of Sciences of Ukraine.

In scientific sphere – organize and do scientific research related to different aspects of contemporary literary criticism.

In teaching – conduct lessons of various kinds and forms to classes consisting of different number of learners of different backgrounds.

Research in the fields of literary theory and literary criticism, methodology of literary criticism, history of Russian literature of the 19th-20th centuries, history of world literature from Ancient times to the Renaissance, comparative literary criticism (Ukrainian and Polish socio-literary relations), methods of teaching literary subjects in higher educational institutions, literary bibliography. Proposed an integrated. methodological approach to the study of literary and artistic phenomena, which is based on a synthetic combination of basic principles of G. P. Shchedrovitsky’s SMD (system of mental activity) – methodology by and philosophical G. G. Gadamer’s hermeneutics and allows neutralization of the negative consequences of scientism and borderline specialization of scientific activity in the field of literature science. Developed a theory of spatial interpretation of the category “genre” in relation to the lyrical genre of literature, applying it to the theoretical analysis of the phenomenon of philosophical poetry in the vector of distinguishing competence of epistemological spheres of general and applied theory of literature. Advocates the idea of significant intensification of the theoretical sphere of literary criticism and the organization of systematic methodological reflection of existing literary practices as a leading mechanism for qualitative change of the professional level of Ukrainian literature on literature in correlation with modern achievements of world humanities.

In 2020, in the Czech Republic there was published a textbook “Literary critic analysis of fictions text/work in the conditions of modern inter-scientific and interdisciplinary interaction” (Brno: with the support of the Central European Centre for Slavic Studies in cooperation with the Czech Association of Slavists and the Institute of Slavonic Studies, Faculty of Philosophy, Masaryk University, 235  p.)

He is the author of the first and currently only monographic study of the history of the Department of World Literature of Vasyl Stefanyk Precarpathian National University, which was published in the brochure “History of my department” (Ivano-Frankivsk: Publisher I. Tretiak, 2010. – 72 p.).

Initiator of the creation of “Cabinet of Methods of Literature named after Associate Professor Yuri Sultanov” at the Department of World Literature and the author of the idea of founding of an All-Ukrainian scientific-practical conference “Sultanov’s readings” as a permanent scientific forum at the Department.

From the second half of 2012 he has been the head of Prykarpattia Centre for Practical Comparative Studies, founded at the Department of World Literature of Vasyl Stefanyk Precarpathian National University by Doctor of Philology, Professor Volodymyr Matviishyn with the participation of Doctor of Philology, Professor Mark Teplinsky. Is a supervisor of PhD research projects in comparative literature and literary theory.

Literary criticism and the science of literature (2007)  (in Ukrainian)

Profession through the light of humanity (2016)  (in Ukrainian)

Mark Teplinsky: “Do as you should…”: Confession. Through the Eyes of the Others (2021) (in Ukrainian)

Mark Teplinsky: “Do as you should…”: Confession. Through the Eyes of the Others (2021) (in Russian)

Remaining a Person: (A book about Professor Petro Ivanovych Melnyk) ( 2021) (in Ukrainian)

The Eyes of the Other: Mark Teplinsky and Volodymyr Matviishyn (in Ukrainian; in Russian)

Profession as Life (in Ukrainian; in Russian)

O.O.Potebnia’s works (in Ukrainian, in Russian):

Encyclopedia of Ukraine: in 11 vols. (in Ukrainian):

Kviatkovsky A. Poetic dictionary (in Russian):

Literary dictionary: in 2 vols. (in Ukrainian):

Prince G. A Dictionary of Narratology  (in English)

Shevchenko’s encyclopedia: in 6 vols. (in Ukrainian):

Collective works on the theory of literature:

Journal «Word and Time» (in Ukrainian, archive of numbers from 2006): https://il-journal.com/index.php/journal

Presentation of the book “Profession through the light of humanity” on November 2, 2016 in Ivano-Frankivsk Regional Universal Library named after Ivan Franko: http://gk-press.if.ua/u-frankivsku-profesor-igor-kozlyk-prezentuvav-knygu-profesiya-kriz-pryzmu-lyudyanosti/

At the seminar of the Ivano-Frankivsk regional school of advanced pedagogical experience on October 10, 2018 in Otyniya Secondary School of I-III grades: https://kslipl.pnu.edu.ua/2018/10/11/професор-і-в-козлик-взяв-участь-в-семін/

At the meeting of the Ivano-Frankivsk regional branch of the Ukrainian Association of Dermatologists, Venereologists and Cosmetologists on September 16, 2019 on the occasion of the 100th anniversary of the birth of Professor M.L.Goldstein: https://kslipl.pnu.edu.ua/2019/09/26/професор-ігор-козлик-узяв-участь-у-зас/

Premieres of the film about M. Teplinsky: https://drive.google.com/file/d/1d4SBkS89VO5CeJ1ApDY2u9gDpGpEMPZO/view?usp=sharing

Premiere of the film “Through the Eyes of Another: Marko Teplinsky and Volodymyr Matviishyn”

Premieres of the film “Staying human, or Do not let the memory die”:          https://drive.google.com/file/d/1BRsjKowivC-3xMZXl66yFBjAX-nmu6tH/view?usp=sharing

Premiere of the film “Academician Dmytro Nalyvaiko” in Lviv on May 12, 2016

Book of articles “Sultanivski Chytannia” is an annual officially registered in Ukraine scientific serial, which has been given an ISSN (International Standard Serial Number).

It has been established by Vasyl Stefanyk Precarpathian National University for publishing the results of the researches in scope of literary criticism and methods of teaching literature.

Its aim is to contribute to the development of literary criticism in Ukraine in the system correlation with modern humanity sphere evolution within the framework of organic combination of the theory-methodological experience with its possible practical application in scientific (literary criticism and philology) and educational activity (methods of teaching the philological disciplines – first of all literary criticism – in the educational institutions of all the levels of accreditation).

Since 2015 book of articles “Sultanivski Chytannia” has 2 separate editions: electronic edition (framed according to the international requirements) and a printed one (identical in content but with the reduced amount of referential and informative material). 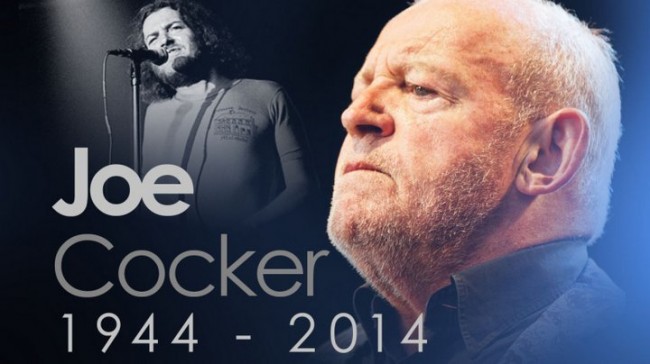 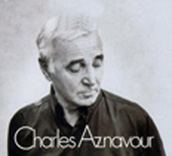 Annotated literary and artistic calendar for 2015 (in Ukrainian):